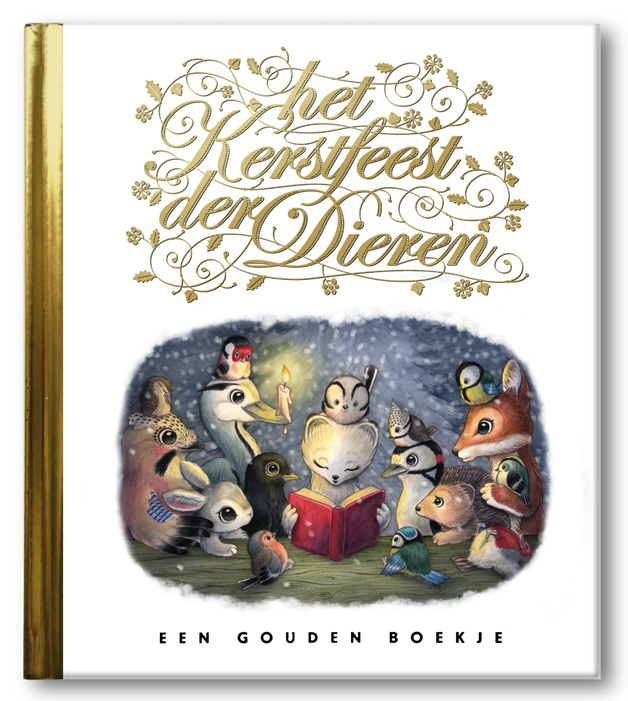 Ever since they first appeared on the Dutch market in 1953, the Little Golden Books have been a fixture in the world of children’s publishing. Asked by publisher Rubinstein, Raoul Deleo joined up with writer Nienke Denenkamp to create a new edition called ‘Het Kerstfeest der Dieren’.
In 2011 the booklet was selected Best Dutch Book Design 2011: “To the judges this is a handsome tribute to the original concept and a genuinely ‘cosy’ little book. With its middle-class mentality, its cartoon-like pictures and the golden, curly-wurly typography of the title, it all fits together perfectly.” 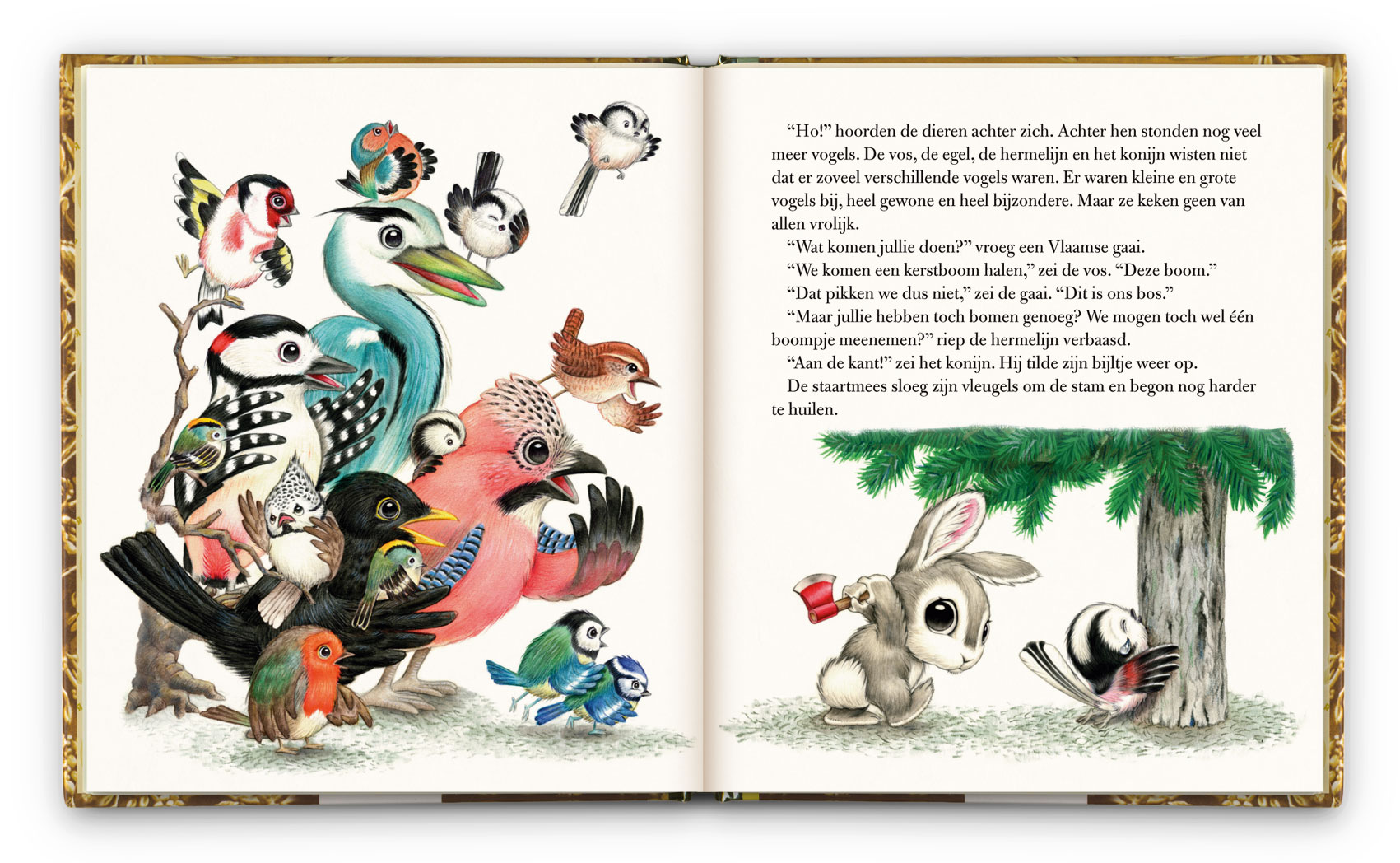 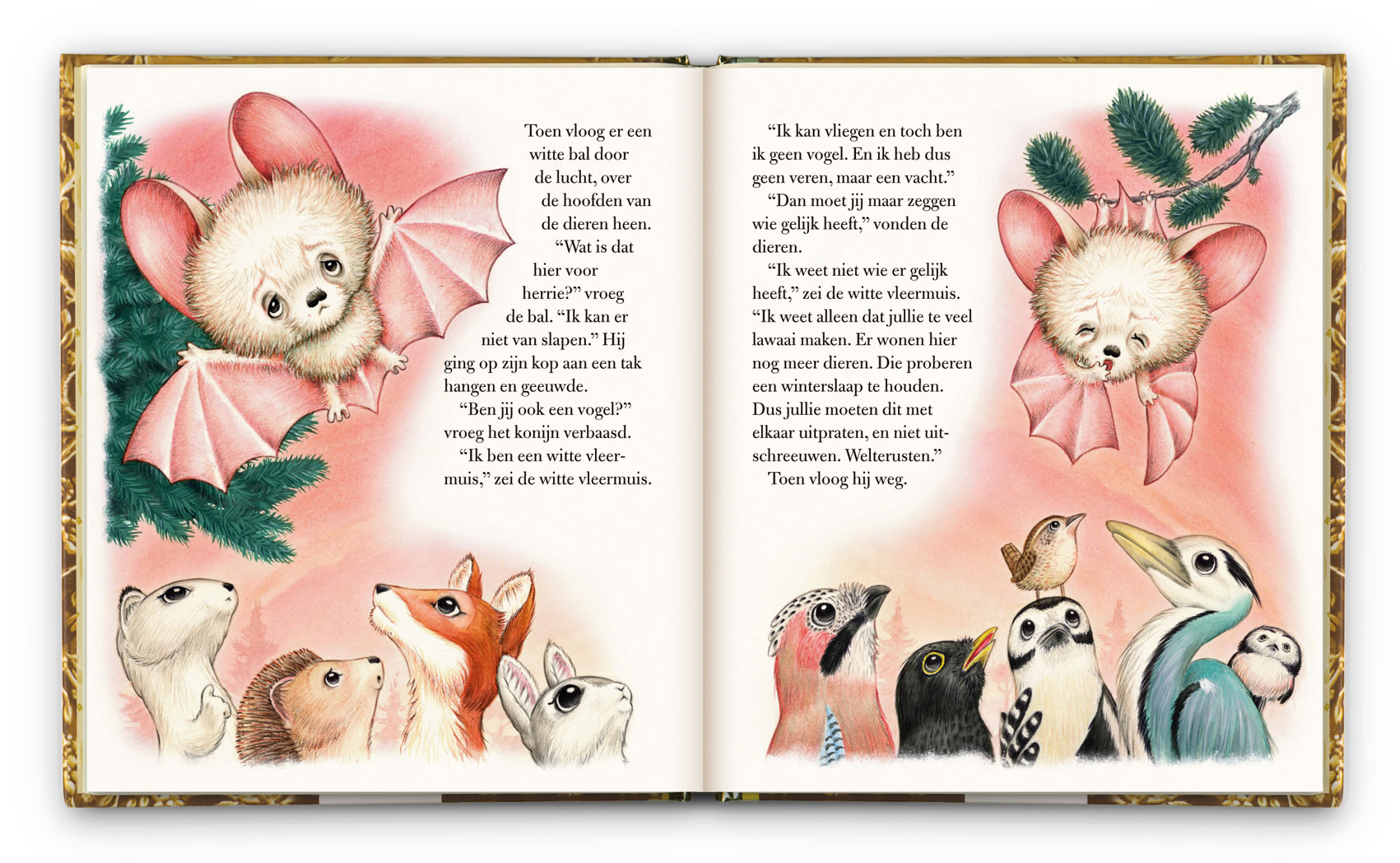 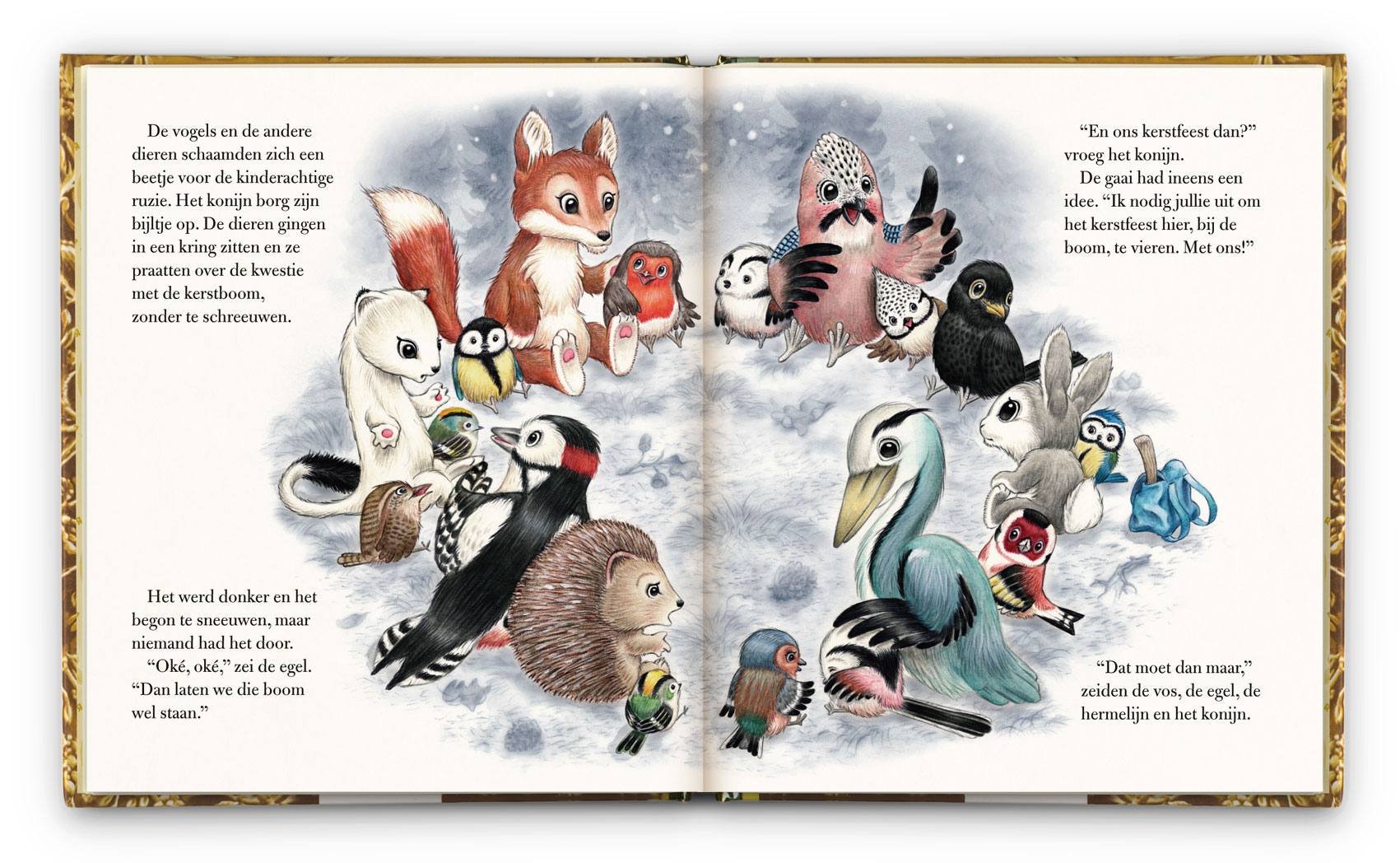